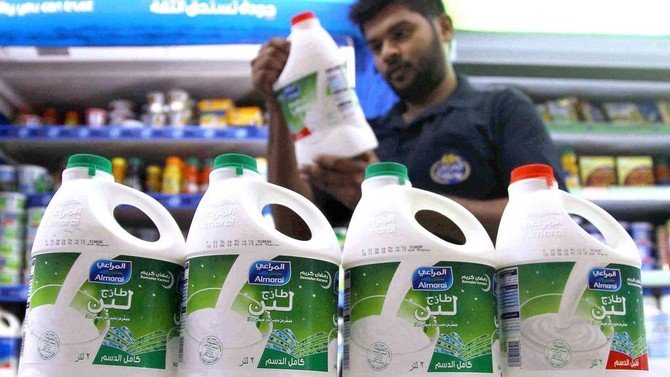 DUBAI: Popular dairy producer Almarai has sold some of its shares in the Saudi unit of Zain telecom, for a cash value of SR81.1 million ($21.6 million).

The company, which also produces a variety of juices, sold 5.6 million shares, according to a bourse filing, lowering its stake in Zain KSA to 0.4 percent by the end of September from 1.1 percent in June.

Almarai is planning to sell the rest of its remaining stake in the next 12 months, the filing said. It owned 2.5 percent of 35 million shares of Zain KSA when the telecom firm was established in 2008.

The move comes as Zain KSA aims to refinance its debts through pledging shares to creditors, and extending the debt repayment periods to the founders.

The telecom company owes Almarai a total of SR109.6 million in loans.

US records second-highest deficit of $2.77tn

Lebanon’s negotiations with IMF likely to start in November: minister