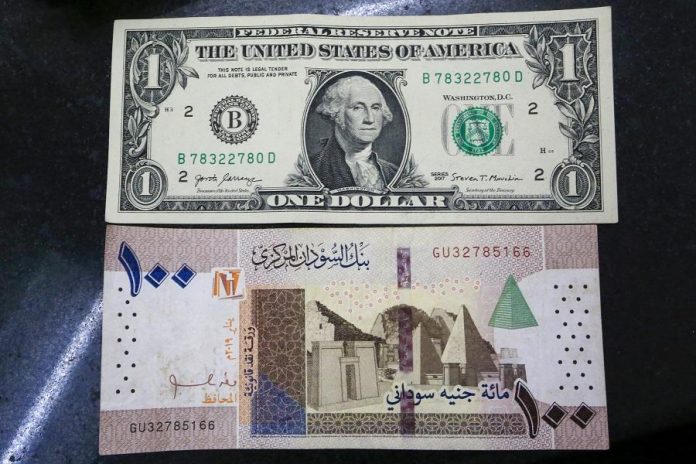 KHARTOUM: Business on Sudan’s black market slowed to a crawl on Monday and some people sold dollars in banks for the first time in years, a day after authorities devalued the currency by more than 85 percent to try to secure debt relief and ease an economic crisis.
Aligning the official and black market rates is central to the plan and any sign that the parallel market, used by most businesses and ordinary Sudanese, is still capturing the lion’s share of hard currency trade could undermine the policy.
Black market traders said they were waiting to see how banks would react and whether the government would intervene in the market to stop the Sudanese pound falling further or would crack down on their activities.
The devaluation and move to a “flexible managed float” is a key reform that was delayed for months for fear of risk to the fragile transitional government set up after the overthrow of autocrat Omar Al-Bashir in April 2019.
The black market had been handling more than 90 percent of transactions, officials said, and is known for its convenience, free of red tape. Trade intensified when Sudan lost its main source of dollar income with the secession of the oil-rich South in 2011.
Donors including the United States hailed a “courageous” move that they had demanded in order for Sudan to access debt relief in line with an International Monetary Fund monitoring program.
“This is a positive development for the people of Sudan,” said a World Bank spokesman in Washington.
On Monday, a few people came into banks to sell their foreign currency for the first time in years, a bank employee said. Banks have few dollars and were buying but not selling dollars, waiting to see if the central bank would provide more, two bankers said.
“I came here today to try it out and see if these prices were real or just talk, but I got a good price,” said one woman at a Khartoum bank who asked not to be named. She sold $100 for 376 pounds to the dollar. Until Sunday, the official exchange rate was 55 pounds to the dollar.
“The prices were reasonable,” said Emad Othman, another first-time seller.
In sharply reduced black market trade, a dollar was fetching 380-385 pounds.
On social media, others expressed reluctance to use official exchanges, amid skepticism that a slide in the currency’s value would suddenly halt.
One black market trader told Reuters he had rushed to buy cars and other assets. Several said they wanted to avoid holding too many dollars in case of a crackdown on traders.
“I wouldn’t mind going into legal business,” said one black market trader. “But how do I trust that the banks will have dollars for me and my clients?” - February 25, 2021 0
A cheese roll may seem simple: it's basically a slice of bread with cheese-based filling, rolled up and toasted until slightly crispy.