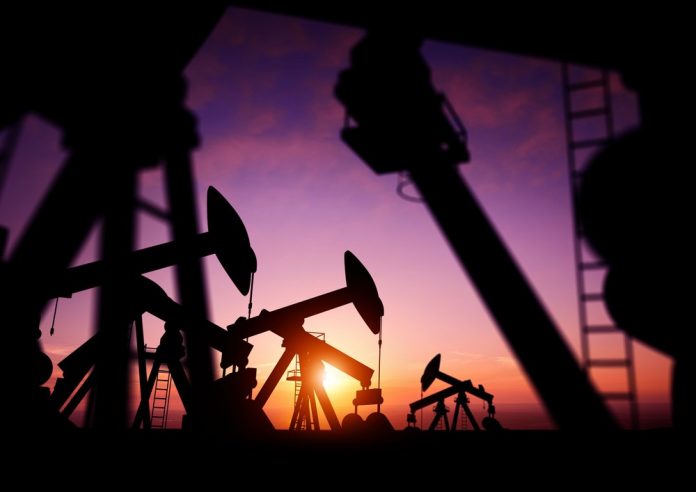 DUBAI: The price of a barrel of Brent crude is forecast to reach $75 in the third quarter of this year, according to energy analysts at US investment bank Goldman Sachs.

The projection comes in the wake of a sustained rally in global oil prices as continued restrictions on supply – led by Saudi Arabia after its surprise 1 million barrels per day (bpd) voluntary cut in February – met increased demand as coronavirus disease (COVID-19) vaccines being rolled out around the world increased hopes of an economic recovery.

“We now forecast that oil prices will rally sooner and higher, driven by lower expected inventories and higher marginal costs – at least in the short run – to restart upstream activity,” a new research note from Goldman Sachs’ Damien Courvalin said.

The effect of the recent freezing weather in Texas, which has cut some 2 million bpd from American output, will be counterbalanced by a decline in economic activity in the state because of the freeze.

The analyst noted, however, that there remained “concerns” over the possibility of a return of Iranian production, as the administration of US President Jo Biden sought to resume talks with Tehran over its nuclear strategy.

Ongoing strength in global oil prices was another factor to be weighed by the OPEC+ group of suppliers, led by Saudi Arabia and Russia, which meets again early next month to decide future output policy.

“We continue to expect that OPEC+ will fall behind the market rebalancing. Our base-case for the upcoming March meeting is an agreement for a 500,000 increase in quotas in April (consistent with the December framework) with Saudi reversing its unilateral 1 million-barrel cut,” Goldman Sachs said.

Saudi Energy Minister Prince Abdul Aziz bin Salman has urged caution on producers to resist the temptation to cash in on higher oil prices by increasing supply too quickly. The Russian OPEC+ negotiator, Deputy Prime Minister Alexander Novak, recently hinted that he would like to see a resumption in output in what he regarded as “rebalanced” markets.

Goldman Sachs expected supply to lag behind demand. “Even the 4.4-million-barrel increase in OPEC+ output by July that we expect – which is well above the current 2021 OPEC+ agreement – would still leave the market in a 1.35-million-barrel deficit,” the company added.

“Such an increase would further be difficult to achieve geologically, with several producers likely unable to ramp-up initially due to entrenched high decline rates, with output in Angola, Nigeria, and Malaysia already falling below their current quotas.

“Indications by the US administration suggest Iran production won’t likely increase in the short term,” Goldman Sachs said, calculating a 500,000 bpd increase in Iranian production in the second half of the year.

“While a return to the (nuclear) agreement with Iran remains a foreign policy priority for the new US administration, we believe it will not derail the tight oil market that we forecast,” the investment bank added.

The bullish report is the latest sign that crude oil prices are set to rise in 2021, with some analysts speculating Brent could hit $100 this year. At one point on Monday, the Brent price was $63.39.