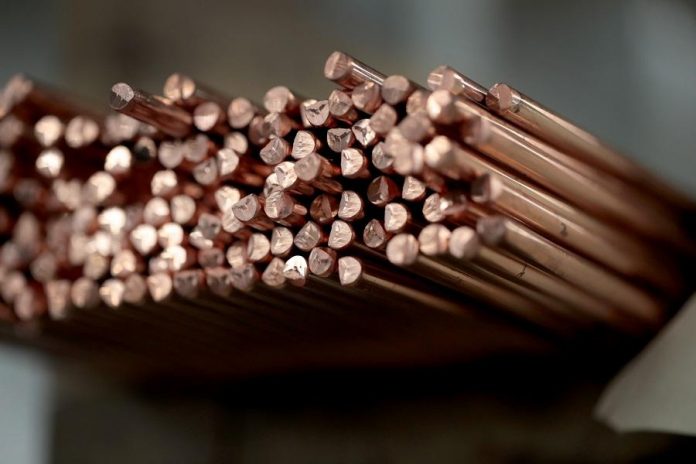 HANOI: Copper prices hit a 9-1/2-year high on Tuesday as tight supply and solid demand from top consumer China boosted sentiment.
The most-traded April copper contract on the Shanghai Futures Exchange rose as much as 4.1 percent to 68,790 yuan ($10,647.45) a ton, its highest since August 2011.
Three-month copper on the London Metal Exchange rose as high as 2.3 percent to $9,305 a ton, also the most since August 2011.
LME cash copper was at a $35.50 a ton premium to the three-month contract , showing tight nearby supplies, as inventories of the metal in LME warehouses hovered around their lowest since 2005.
Premium for Yangshan bonded copper rose to $75 a ton, its highest since August 2020, indicating solid demand from top consumer China for the imported metal.
Meanwhile, ShFE copper open interest as of Feb. 22 was at the highest since November 2011 at 365,130 lots, exchange data showed.
“The bullish sentiment is supported by signs of tightness in the physical market. Investor positioning has seen net long rise strongly in recent weeks,” said ANZ in a note. - February 24, 2021 0
Last weekend, the United States deported Friedrich Karl Berger, an ex-Nazi concentration camp guard. The deportation was seen as a triumph of justice. When...