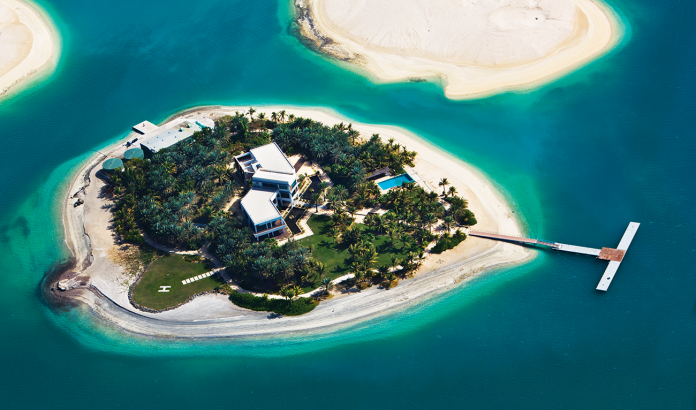 DUBAI: Developer Kleindienst Group has more than quadrupled the price of luxury properties at its $5 billion The Heart of Europe manmade island project off the coast of Dubai.

“Our price increase, specifically 4.5 times, marks a turning point for our existing investors as we enter a new phase in the development,” Josef Kleindienst, chairman of master developer Kleindienst Group, said in a press statement on Monday.

“The Heart of Europe has performed very well across the second home and hospitality segments in the last five years; our Phase 1 is getting ready for handover and all islands are now under construction,” he added.

In November, the developer announced it is to start handing over units to investors by the end of the year. It plans to deliver 2,000 villas and palaces as part of phase one of the European-themed development.

Construction on the St. Tropez island, which will be a recreation of the famous French Riviera town, will have 4,000 units spread across 15 hotels, with the first half of units delivered to buyers next month.

“At the beginning of the year, we made a commitment to deliver part of the Phase 1 of the Heart of Europe to the owners by the end of 2020,” Kleindienst said.

“Despite the challenges posed by the COVID-19 pandemic, we were determined to go ahead with our planned development and as the lockdown was announced in March, we shifted our entire team to the Heart of Europe islands and continued to construct. During the lockdown, we were isolated from the mainland and confined to the island and focused on construction.”

Kleindienst said that construction had started on phase two of the project and is planned to be completed by 2022.