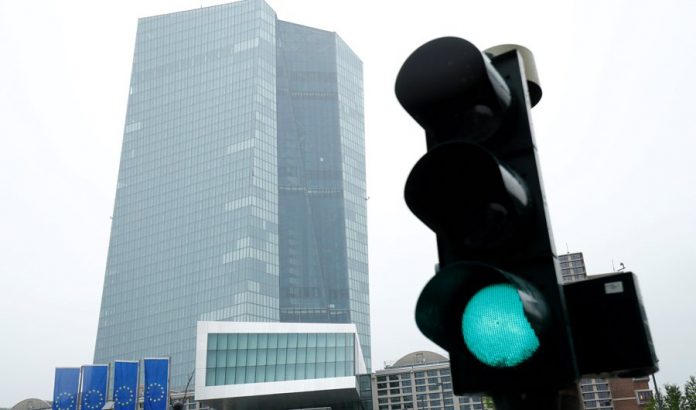 FRANKFURT: Greece’s Yannis Stournaras became the first European Central Bank policymaker on Friday to openly call for increasing the pace of ECB bond purchases to stem a rise in borrowing costs.
With eurozone bond yields set for their biggest monthly rise in three years, the ECB is under some pressure to make good on its promise to keep borrowing costs easy for the coronavirus-stricken bloc through its Pandemic Emergency Purchase Programme (PEPP).
“In my view, there is an unwarranted tightening of bond yields, so it would perhaps be desirable for the ECB to accelerate the pace of PEPP purchases to ensure favorable financing conditions during the pandemic,” Stournaras told Reuters in an interview.
“In my view there’s fundamental justification for a tightening of nominal bond yields in the long end,” the Greek central bank governor said.
Stournaras said ECB policymakers should instruct the Executive Board, which runs day-to-day business including bond purchases, to intervene accordingly when they meet on March 11.
He added that they may also alter the ECB’s policy message “slightly,” although he said no material change was needed as the central bank still had almost €1 trillion left to spend in its PEPP arsenal.
Germany’s 10-year yield, the region’s benchmark, fell to its lowest for the day at -0.287 percent after Stournaras’ comments. It was still set for its biggest monthly gain since January 2018, however, with a 24 basis-point rise.
Earlier on Friday, ECB board members Philip Lane and Isabel Schnabel had said bond yields warranted monitoring but stopped short of calling for more purchases.
“At this stage, an excessive tightening in yields would be inconsistent with fighting the pandemic shock to the inflation path,” Lane said in an interview with Spanish newspaper Expansión.
“But at the same time, it is crystal clear that we are not engaged in yield curve control, in the sense that we want to keep a particular yield constant.”
Schnabel was even more cautious, saying that a gradual rise in bond yields would even be welcome if it reflected higher inflation expectations, showing that the ECB’s stimulus is working.
“Even gradual increases in real yields may not necessarily be a cause of concern if they reflect improving growth prospects,” Schnabel added. Oil retreats from multiyear highs after US stock build