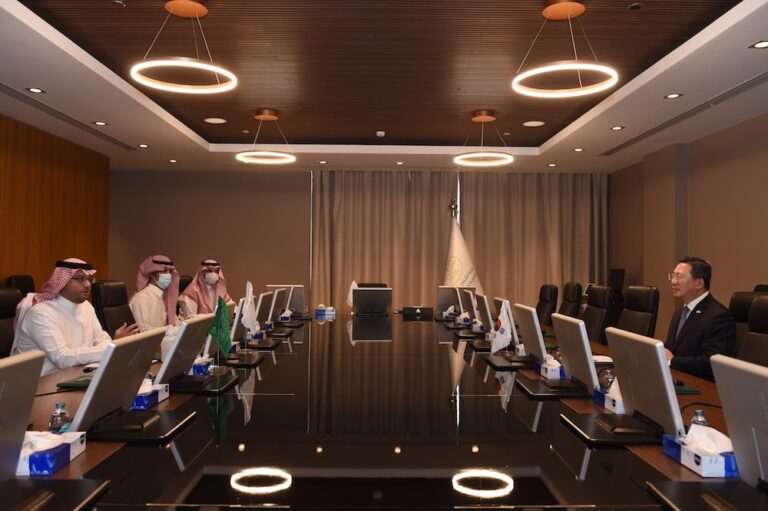 The annual conference provides an opportunity to present projects to potential Korean partners, and to hold personal consultations.

The ambassador met Prince Saud bin Talal bin Badr, undersecretary at the Ministry of Municipal and Rural Affairs and Housing for housing subsidies, and general supervisor of the International Cooperation Department at the ministry in Riyadh.

GICC2021 is scheduled for “later this year,” the ambassador told Arab News, adding that the meeting “reviewed the close, friendly and cooperative relations” between the two countries, and “agreed to continue to expand bilateral cooperation in the housing sector.”

He said: “I commended the Saudi government’s efforts to help Saudi families own their house through the Sakani program, taking note of the signing of four agreements during the Sakani Forum held last Thursday in Riyadh.”

The Sakani program helped 70,000 families in the first quarter of 2021, surpassing its target of serving 51,000 families.

It was formed in 2017 by the Ministry of Housing and the Real Estate Development Fund, with the aim of facilitating home ownership in the Kingdom by creating new housing stock, allocating plots and homes to nationals, and financing their purchase. It has a goal of reaching 70 percent home ownership by 2030.

The program aims to serve 220,000 Saudi families this year by creating 50,000 housing units, facilitating the reservation of 30,000 residential land plots, and arranging 140,000 real estate loans. To date, Sakani has enabled more than 350,000 families to own homes.