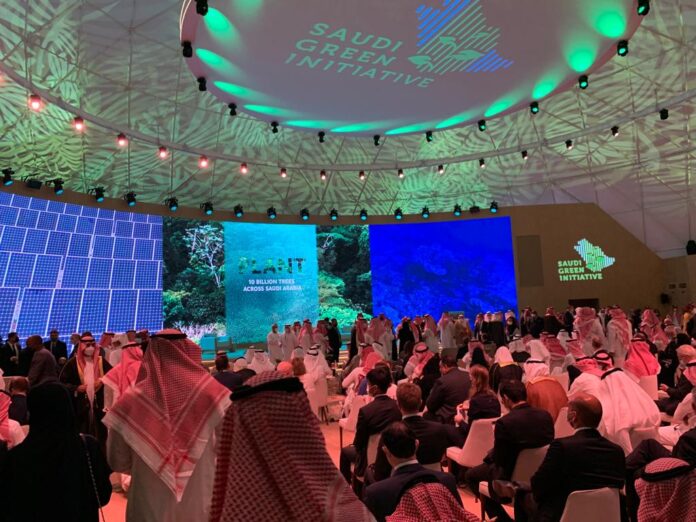 RIYADH: The final event of the Saudi Green Initiative, the Middle East Green Initiative, is taking place today to create a sustainable road map for the region and highlight green transition, green policy solutions, the finance sector’s contribution to the goals of the SGI as well as insight from an international perspective.

Earlier this year, the crown prince highlighted that the Saudi and the Middle East green initiatives are a continuation of the environmental efforts in the Kingdom over the past few years in line with Saudi Vision 2030.

The two initiatives demonstrate the Kingdom’s strong willingness to address the environmental challenges it has faced, from increase in temperatures and dust waves to low levels of rain and desertification.

The SGI and MGI are also aiming to collectively plant 50 billion trees as well as propel the Middle East region toward achieving more than 10 percent of global carbon emissions reduction targets.

Saudi Arabia said the transition to net zero carbon emissions “will be delivered in a manner that preserves the Kingdom’s leading role in enhancing the security and stability of global energy markets.”

Announcing a plan to reach net zero in carbon by 2060, Crown Prince Mohammed bin Salman on Saturday said the move was in line with the Kingdom’s development plans, “while preserving and reinforcing its leading role in the security and stability of global energy markets.”

The Kingdom has pledged to double the amount of carbon it will cut in its domestic economy, removing 278 million tons of the pollutant pr year by 2030.

“As a region, we have always had to live with harsh climate conditions and we will have to continue to innovate in both mitigation and adaptation,” said Sultan bin Ahmed Al-Jaber, at a forum on COP26 in Riyadh.

“The UAE highly commends the leadership and the people of Saudi Arabia, particularly the youth, for such a landmark, bold and long-term strategic initiative. It represents a paradigm shift in ambition for this region,” the minister said.

Bitcoin continues to decline from its high in November: Crypto wrap