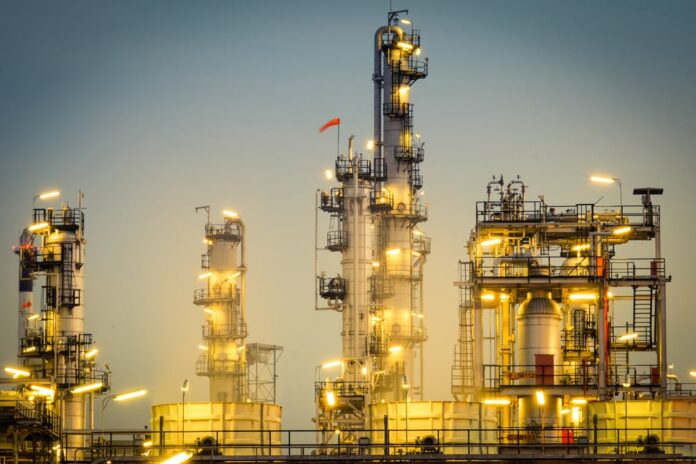 The international ship registries of Djibouti and the Cook Islands suspended the flags on five oil tankers, following sanctions by the US this month for having facilitated oil trade for Hezbollah and Iran’s Quds Force, non-government organization United Against Nuclear Iran said on Monday.

The US Treasury Department in early November imposed sanctions on a wide network of companies, people and vessels accused of concealing the Iranian origins of shipments and exporting them around the world.

Oil tankers Bueno, B Luminosa, Bluefins and Boceanica were suspended in recent days from the Djibouti International Ship Registry after the sanctions, while vessel Rain Drop was removed from the Maritime Cook Island’s registry, according to communications provided by UANI.

Washington maintains sweeping sanctions on Tehran and has looked for ways to increase pressure as attempts have stalled to resurrect the 2015 nuclear deal between Tehran and world powers.

Ships that lack a country’s flag, seaworthy classification or insurance are restricted from moving among international ports.

Most of the tankers are in Venezuelan waters, where they are being used by state-run oil firm PDVSA to move oil and fuel between domestic ports, according to internal company documents seen by Reuters.

Workers at the BP refinery in Rotterdam began work-to-rule industrial action on Monday after the noon expiry of a union deadline for a new pay agreement, a union spokesman said.

Jaap Bosma of the CNV union said the action, under which workers do no more than specified in their contracts, would be followed by cuts in refining volume and eventually complete strikes if no agreement is reached.

“It is definitely not going to remain at just this,” he said.

On Thursday a company statement said: “We regret that we have not yet reached an agreement and that actions may follow.”

The BP refinery in Rotterdam processes about 400,000 barrels of oil annually and is an important supplier of diesel to Northern Europe.

BP’s final offer in talks over a new collective labor agreement under discussion since April had been for a 5 percent wage increase and a one-off bonus of 4,000 euros ($4,000).

A joint memo by the two unions representing 300 of the 730 workers at the refinery instructed members to “strictly perform the set procedures.” Another 130 covered by collective labor agreements are expected to join the work-to-rule action.

(With input from Reuters)