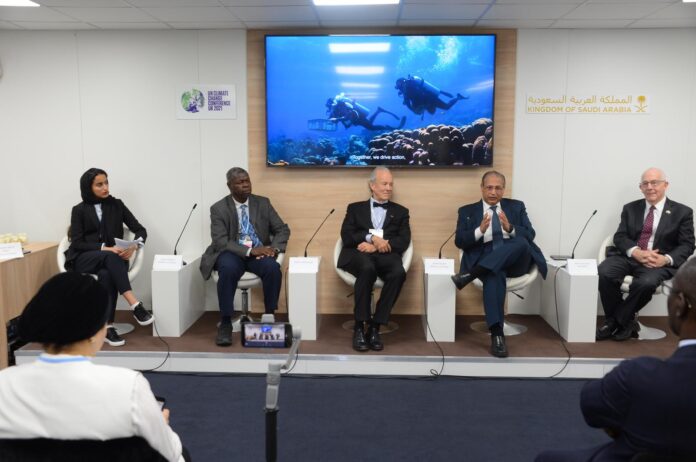 GLASGOW: The head of the Saudi climate change negotiating team is increasingly confident that a deal can be reached at the crucial COP26 gathering in Glasgow, he told Arab News on Wednesday.

“Second, we need to understand that we have about 10 years when we really have to do a lot. These 10 years really count if we want to reach net zero emissions in the early part of the second half of the century. For that to happen … we need to start in the right way.”

Saudi Arabia’s rapidly evolving stance on climate change has been a subject of intense interest at COP26, said Abuleif, a veteran negotiator at climate summits.

“The two announcements by Crown Prince Prince Mohammed bin Salman on the Saudi Green Initiative and the Middle East Green Initiative were extremely significant,” he said. “We heard so much interest from the whole world, international organizations, different countries, friends, and colleagues.” The initiatives had been “received really well by everyone,” he said.

The Kingdom aims to reach net zero in carbon emissions by 2060. “The beauty of that is that it takes so many things into account because it was very well studied,” Abuleif said. “It balances many things and it’s much more realistic on the timeline. It takes fully into account that Saudi Arabia is going through an accelerated economic diversification program that needs to be completed.”

The main vehicle for the Saudi green initiative is the Circular Carbon Economy, a framework that mitigatescarbon emissions but allows different countries to pursue their own economic strategies.

“Renewable energy is extremely important, but just as important is making sure that utilizing hydrocarbons is not impacting the atmosphere,” Abuleif said.