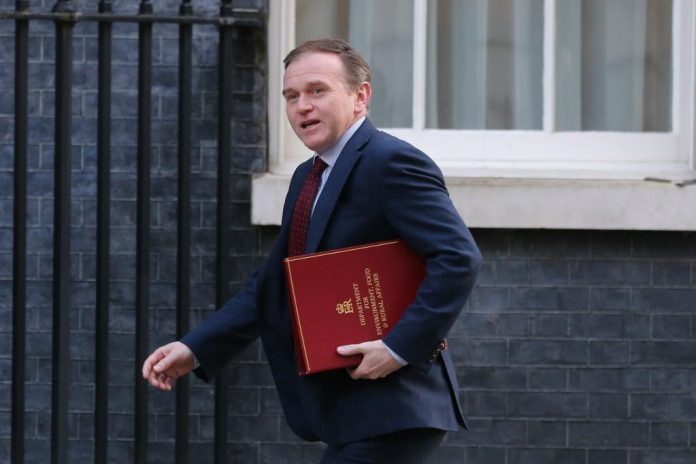 LONDON: Britain and the European Union are running out of time to clinch a Brexit trade deal but if good progress is made this week then the talks could be extended, Environment Secretary George Eustice said on Monday.
With just over four weeks left until the United Kingdom finally exits the EU’s orbit on Dec. 31, both sides are demanding concessions from the other on fishing, state aid and how to resolve any future disputes.
“We really are now running out of time, this is the crucial week, we need to get a breakthrough,” Eustice told Sky.
“I really do think we are now in to the final week or 10 days, of course if great progress were made this week and you’re nearly there it’s always possible to extend those negotiations,” he said.
Britain formally left the EU on Jan. 31 but has been in a transition period since then under which rules on trade, travel and business remain unchanged. From the start of 2021 it will be treated by Brussels as a third country.
Talks between EU chief negotiator Michel Barnier and British chief negotiator David Frost continued through Sunday. British Foreign Secretary Dominic Raab said it was a very significant week for Brexit.
“David Frost had made clear that we’re continuing the negotiations because we still think there is a prospect that we can get an agreement and while there is we should persevere with those,” Eustice said. Biden focuses on the climate crisis