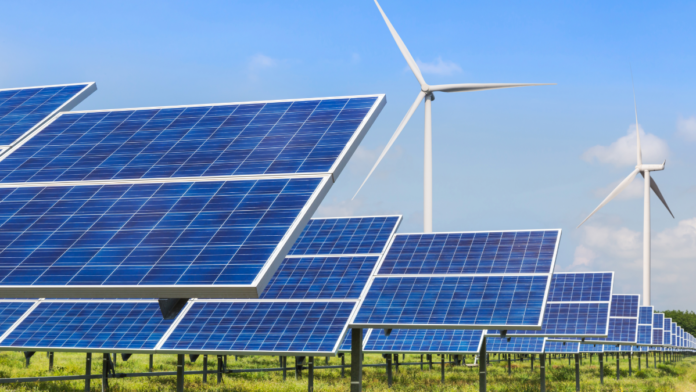 The year 2023 has been declared the ‘Year of Sustainability,’ according to His Highness Sheikh Mohamed bin Zayed Al Nahyan.

Notably, numerous programmes, events, and initiatives that make use of the UAE’s deeply ingrained sustainability values and the heritage of its late founder, Sheikh Zayed bin Sultan Al Nahyan, will be part of the ‘Year of Sustainability’.

In keeping with the UAE’s national policy, it will also put an emphasis on environmental sustainability by encouraging statewide commitment to sustainable practises and bringing together everyone who calls the UAE home to strive toward a successful future.

The year also intends to demonstrate the UAE’s dedication to encouraging international cooperation in the search for creative answers to major sustainability-related problems including energy and climate change.

Sustainability has been a core value in the United Arab Emirates ever since its union, according to Sheikh Mohamed bin Zayed. The country continues to be a superb example of resource management and environmental conservation.

Additionally, His Highness emphasised the importance of the Year of Sustainability as the UAE gets ready to host the 28th Conference of Parties on Climate Change (COP28). He declared that the UAE is committed to having COP28 establish a standard for future international efforts to combat climate change.

Moreover, President His Highness Sheikh Mohamed bin Zayed Al Nahyan’s declaration of 2023 as the Year of Sustainability in the UAE capped the nation’s significant efforts in sustainability and environmental preservation, signalling a turning point in advancing efforts to support climate action and paving the way ahead of COP28.

Since the creation of the Union in the 1970s, the UAE has had an inspirational path in environmental protection, and it has put forth significant effort in climate action, starting with its signing of the Montreal Protocol on Substances that Deplete the Ozone Layer in 1989.

Following the advancement of pertinent international discussions and legal requirements relating to climate change, the Kyoto Protocol was created, which requires industrialised countries to pledge to reduce their greenhouse gas emissions. The Protocol Agreements were ratified in 2005 by the UAE.

The UAE ratified the Paris Climate Agreement in 2015, a milestone in the achievement of the agreement’s goals for tackling climate change and lowering greenhouse gas emissions.

Being the first country in the area to ratify the Paris Agreement and announce a climate neutrality policy plan, the UAE Net Zero by 2050, the UAE is a leader in advancing the sustainability agenda.

Following the advancement of pertinent international discussions and legal requirements relating to climate change, the Kyoto Protocol was created, which requires industrialised countries to pledge to reduce their greenhouse gas emissions. The Protocol Agreements were ratified in 2005 by the UAE.

The nation also holds the view that only by coordinating international efforts can a global energy transition be accomplished. Affirming the need to invest in clean energy solutions that can be used widely, the energy sector needs cutting-edge and economically viable ideas.

With the establishment of the Abu Dhabi Future Energy Company (Masdar), an Emirati global leader in clean energy and sustainable development, 2006 marked a turning point in the nation’s efforts to combat climate change.

Masdar has invested more than US$30 billion in foreign projects and is currently working in more than 40 nations across six continents.

Masdar’s projects have a combined production capacity of more than 20 gigawatts (GW), which is more than enough to power 5.25 million homes and prevent over 30 million tonnes of carbon dioxide emissions annually—the equivalent of taking 6.5 million automobiles off the road.

Three of the top energy firms in the United Arab Emirates are presently supporting Masdar as it enters a new era with ambitious and audacious goals. These include the Abu Dhabi National Oil Company (ADNOC), Mubadala, and the Abu Dhabi National Energy Company (TAQA). Through these partnerships, Masdar will be able to tap into the knowledge of its partners and elevate its status as a trailblazing international company in renewable energy and green hydrogen.