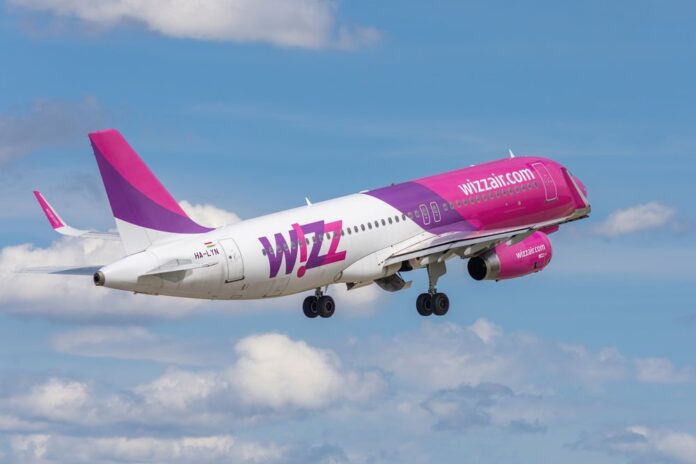 RIYADH: Wizz Air Holdings, a Hungarian ultra-low-cost carrier, aims to establish a fleet of 50 aircraft at a new unit in Saudi Arabia by the end of the decade, Bloomberg reported.

More than a quarter of the flights in the unit will be domestic, with about 50 percent focusing on the wider Middle East and the rest primarily on Europe, Alex Irving at Sanford C. Bernstein said in a note, citing comments from Wizz management at the carrier’s Budapest headquarters.

The company plans to start its services to Saudi Arabia next week, starting with flights to the Gulf city of Dammam from Rome, Vienna and Abu Dhabi, according to Bloomberg.

Wizz signed a deal in May to explore plans for a joint venture in Saudi Arabia.

The company said last month that it would expand its operations to 20 routes from 11 European cities, and would also take the capital, Riyadh, and Jeddah on the Red Sea.

Wizz is planning for a fleet of 500 aircraft by 2030, with the latest order for 75 Airbus SE A321neo narrow-body jets announced last week.

The airline aims to base 125 planes in West European markets, and 250 in its Central and Eastern Europe heartland and 125 further east.