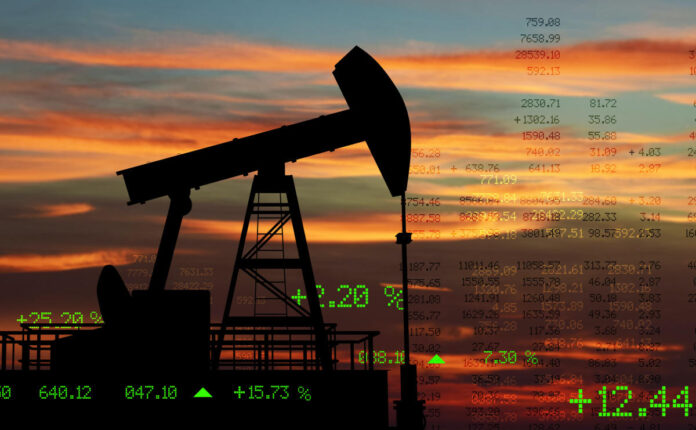 RIYADH: Oil rose on Friday as a weaker dollar encouraged buying in other currencies, pushing it toward its fourth consecutive weekly gain even as the US released crude from its national stockpiles.

The dollar index, which tracks the greenback against its largest peers, was -.3 percent lower at 94.670, a decline of 1.7 percent in the past week.

WTI gains were muted as the US Energy Department said on Thursday it had sold 18 million barrels of strategic crude oil reserves to six companies, including Exxon Mobil and a unit of refiner Valero Energy Corp.

China plans to release oil from its reserves around the Lunar New Year holidays, which begin on Feb. 1 — part of a plan coordinated last year by the US with other major consumers to cap global prices. China agreed in late 2021 to release an unspecified amount of oil depending on price levels, unnamed sources told Reuters.

China said it imported less crude in 2021 than the previous year, its first annual decline in 20 years, as Beijing clamped down on the reining industry and drew down from inventories.

Demand could be softer than expected in the coming weeks after China urged people not to travel for New Year’s celebrations because of the rapid spread of the omicron COVID-19 variant. Fuel demand in the world’s biggest crude importer usually picks up around the Chinese New Year as residents drive to visit relatives.

However, oil prices rose this week amid geopolitical concerns in Libya and Kazakhstan and a decline in US oil inventories.

“The short-term outlook still has many risks, but optimism is high that it will be short-lived,” OANDA analyst Edward Moya wrote in a note.

Continued high oil prices have raised pressure on Saudi Arabia and other large oil producers to increase production. OPEC+ agreed at its 24th meeting on Jan. 4, to continue with its policy of boosting output 400,000 barrels per every month.

OPEC+ group is independent and against any external interference in its decisions, Saudi energy minister Prince Abdulaziz bin Salman said on the sidelines of a visit to Azerbaijan, Al Arabiya reported on Friday.