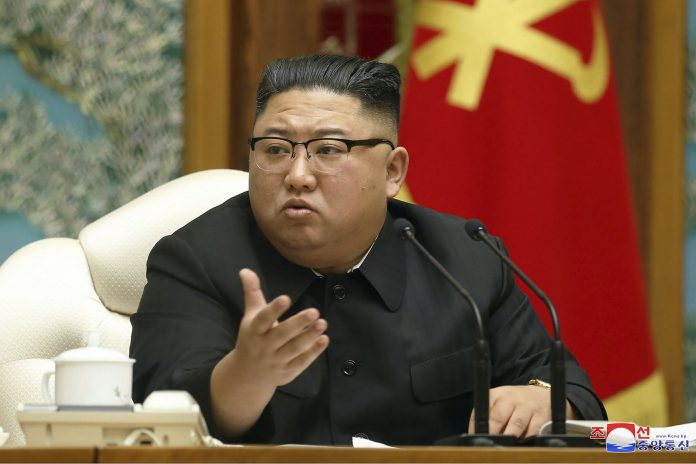 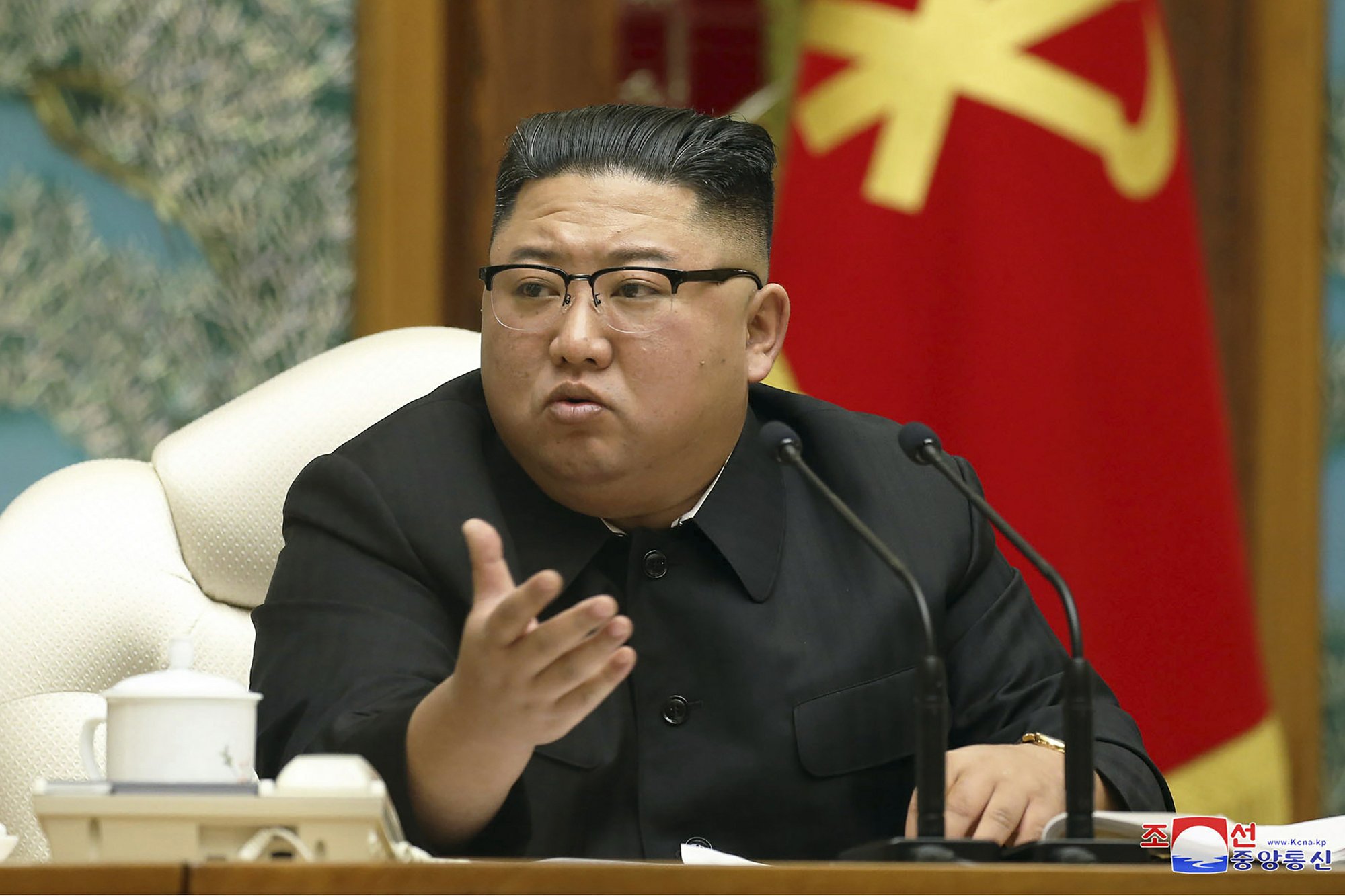 SEOUL, South Korea (AP) — Coronavirus restrictions that have limited his public appearances. Warning signals for his country’s fragile economy, which has been battered by pandemic-related border closings and natural disasters. The impending departure of a U.S. president who said he “fell in love” with him.

As North Korean leader Kim Jong Un grapples with the toughest challenges of his nine-year rule, he’s set to open a massive ruling Workers’ Party congress next month to try to muster stronger public loyalty to him and lay out new economic and foreign policies.

While few question Kim’s grip on power, there is still room for things to get worse, especially if the world fails to find a quick way out of the COVID-19 crisis. That would prolong North Korea’s self-imposed lockdown and could possibly set conditions for an economic perfect storm that destabilizes food and exchange markets and triggers panic among the public.

The congress, the first of its kind in five years, is the party’s top decision-making body. At the 2016 congress, Kim put himself in front, reaffirming his commitment to developing nuclear weapons and announcing an ambitious economic development plan. Five years later, experts say Kim doesn’t have many options other than to further squeeze his populace for more patience and labor.

“When we get into the specifics, there’s really nothing new the North could present at the congress in terms of developing its economy,” said Hong Min, an analyst at Seoul’s Korea Institute for National Unification. “The country will continue to close its borders as long as the COVID-19 pandemic continues and the international sanctions will persist, so there’s no visible room for a breakthrough.”

Kim entered this year with a declaration of “frontal breakthrough” against punishing U.N. sanctions after his high-stakes diplomacy with President Donald Trump fell apart in 2019 over a U.S. refusal to offer extensive sanctions relief in return for limited denuclearization measures.

But Kim’s drive faced an immediate setback. Later in January, North Korea was forced to seal off its international borders, including one with China — its biggest trading partner and aid benefactor — after COVID-19 emerged there.

As a result of the border closure, North Korea’s trade volume with China in the first 10 months of this year fell by 75%. That led to a shortage of raw materials that plunged the North’s factory operation rate to its lowest level since Kim took power in late 2011, and a four-fold price increase of imported foods like sugar and seasonings, South Korea’s spy agency told lawmakers recently.

For several months, North Korea also restricted the use of U.S. dollars at markets, only to make its local currency, the won, appreciate sharply, triggering mounting public complaints. Authorities executed a high-profile currency trader in Pyongyang in October as a scapegoat, according to Ha Tae-keung, one of the lawmakers who was briefed by South Korea’s National Intelligence Service, or NIS.

Lim Soo-ho, an analyst at an NIS-run think tank, said North Korea likely aimed to reassert government control over markets amid the pandemic. He said such a step is doomed to fail because people are likely to exchange only a portion of their foreign currency savings for won in anticipation that the clampdown will eventually end.

Lim said if the COVID-19 pandemic continues for most of 2021, the North’s economy could face a crisis unseen since a devastating famine that killed hundreds of thousands of North Koreans in the 1990s.

During next month’s congress, North Korea will likely call for another “frontal breakthrough” to bolster its internal strength and build up a more self-reliant economy. But as long as the pandemic continues, the North will have to settle for less ambitious economic goals while focusing on its anti-virus efforts, the Seoul-based Institute for Far Eastern Studies said in a report.

North Korea has steadfastly claimed to be coronavirus-free, though it said it has intensified what it called “maximum” anti-epidemic steps. Outside experts are highly skeptical of the North’s zero-virus case claim but agree the country hasn’t experienced a widespread outbreak.

“Why did they raise their anti-epidemic steps if they really haven’t had any patients? It doesn’t make any sense,” said Kim Sin-gon, a professor at Korea University College of Medicine in Seoul. “But they’ve imposed a higher level of anti-virus steps than any other country, so it’s likely that there aren’t many patients there.”

North Korea’s public healthcare infrastructure remains in shambles, with many hospitals still using equipment built in the 1960s and 1970s. This keeps North Korean officials vigilant because “they know they’ll suffer tremendous damage if they lower their guard even little bit,” said Kang Young-sil, an analyst at Seoul’s University of North Korean Studies.

Since the pandemic began, North Korea has isolated people with suspected coronavirus symptoms, flown out foreign nationals and reportedly locked down one region after another. In some extreme measures detected by Seoul, the North banned fishing at sea, executed an official for violating regulations on the entrance of goods from abroad, and fatally shot and burned a South Korean official found floating on an object in waters near the Koreas’ disputed western maritime border.

Kim Jong Un, 36, has been hunkering down. He’s appeared in public 53 times this year to observe weapons tests, visit areas hit by typhoons and preside over high-level meetings, according to Seoul’s Unification Ministry, which said the figure is a drop from an average of 103 appearances over the past four years.

Despite the deadlocked nuclear talks, North Korea likely hoped for the reelection of Trump, who sat down with Kim three times, giving him his long-desired legitimacy on a global stage. Trump once said he exchanged “love letters” with Kim and that “we fell in love.”

Instead of the top-down summitry used by Kim and Trump, President-elect Joe Biden will likely want working-level negotiators to sort out details and confirm North Korea’s denuclearization commitment before he would meet with Kim. North Korea also is probably not an overriding priority for Biden, who faces several pressing domestic issues such as the coronavirus, an economy hammered by the pandemic and racial disparities.

Some experts say North Korea may opt for its time-honored strategy of conducting missile tests to draw U.S. attention like it did during past presidential transition periods in Washington. Others expect the North to avoid big provocations that could diminish the prospect for early talks with the Biden administration.

Kim’s government has acknowledged that the sanctions, the pandemic, and the typhoons and summer floods that wiped out crops have created “multiple crises.” But experts say China will help North Korea because it won’t likely let its neighbor suffer a humanitarian disaster that could cause a refugee influx over their border.

“Kim has been battered by a one-two punch — the U.N. sanctions and the coronavirus pandemic,” Nam said. “But China is by his side and supporting him.”