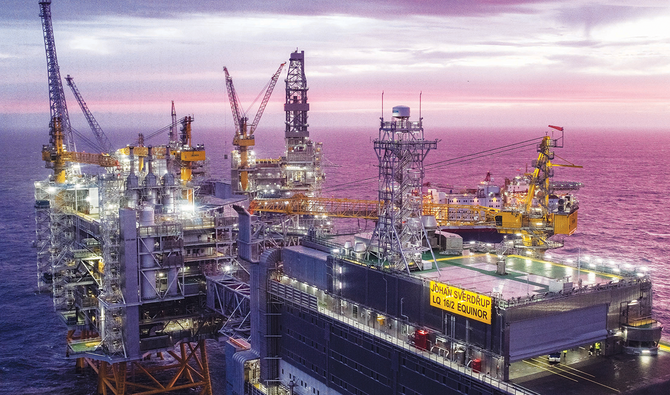 OPEC+ compliance with oil cuts fell slightly to 115 percent in September, three sources from the alliance told Reuters on Monday.

The figure shows that some members continue to struggle to produce at their agreed quota levels due to various technical problems.

The Organization of the Petroleum Exporting Countries and allies led by Russia, or OPEC+ as the alliance is known, raised its output targets by 400,000 barrels per day in September. ?It has also agreed to raise them by a further 400,000 bpd in October and in November.?

Underinvestment and maintenance problems have stymied efforts by Angola and Nigeria to raise output, an issue that is expected to continue impacting the West African producers in the near future.

Saudi Arabia’s crude oil exports rose in August to its highest level in seven months, according to data released by the Joint Organizations Data Initiative (Jodi) on Monday.

Some 6.45 million barrels per day (bpd) were shipped from the Kingdom in August, a rise from 6.327 million bpd recorded in July.

The Energy Information Administration (EIA) said on Monday it expected the US coal-fired generation to increase in 2021 by 22 percent compared with 2020.

South Korea aims to cut its greenhouse gas emissions to 40 percent below 2018 levels by 2030, for fighting climate change over the next decade.

Japan’s Mitsubishi Corp, a trading house and mineral resources company with energy and metals assets worldwide, will invest $17.54 billion by 2030 in alternative energies, to halve its greenhouse gas emissions on 2020 levels, and to achieve net zero emissions by 2050, it said in a statement.

Russian gas giant Gazprom has booked 35 percent of total additional capacity, offered by the Polish operator Gas System for transit via the Kondratki transit point for the Yamal-Europe pipeline for November and has not booked any volumes via Ukraine, according to the auction results shown on Monday.

Germany does not see any gas supply shortages despite a slight drop in its storage levels from the week before, a spokesperson for the country’s Economy Ministry said.

Storage facilities are now filled to around 70 percent capacity compared with 75 percent last week, but the ministry still assumes that the facilities will continue to be filled as suppliers honor their contracts, he added.

Global coal prices have jumped to record highs and top thermal coal exporter Indonesia has increased its 2021 output to 625 million tons, 11percent higher than 2020 output target to meet the demand.

The EU’s head of climate change policy said that returning to using dirty energy from coal during the current energy crunch is “not a smart move” and markets should seize the opportunity to transition into renewables.