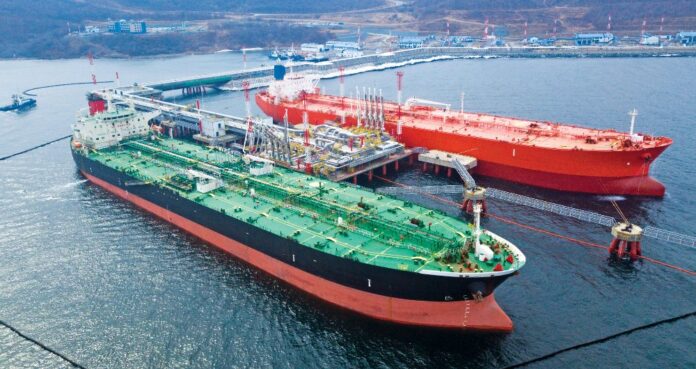 NEW YORK: Oil prices dropped nearly 2 percent on Wednesday after hitting a multiyear highs, as an unexpected rise in US crude inventories prompted buyers to take a breather after recent torrid gains.

The latest surge in the crude prices had been underpinned by the refusal of the Organization of the Petroleum Exporting Countries and allies to boost output and concern about tight energy supplies globally.

On Monday, OPEC, Russia and other allies, known as OPEC+, chose to stay with a plan to increase output gradually and not boost it further as the United States and other consumer nations have
been urging.

“An energy crisis is unfolding with winter in the northern hemisphere still to begin, and sets the stage for even higher oil prices,” said Stephen Brennock of oil broker PVM.

US crude inventories rose by 2.3 million barrels last week, against expectations for a modest dip of 418,000 barrels, the US Energy Department said.

Notably, US production increased to 11.3 million barrels per day, recovering from storm-related shut-ins more than a month ago to rebound near pandemic-level highs but still far from the 13-million bpd record set in 2019.

With shale companies constraining drilling to concentrate on investor returns, U.S. output has not been able to offset OPEC’s efforts to restrict exports.

“We have largely recovered from Hurricane Ida in crude production. As OPEC+ remains diligent in the way they’re managing the oil market that might leave the door open for US crude producers,” said Tony Headrick, energy market analyst at CHS Hedging.

The price of global benchmark Brent has surged more than 50 percent this year, adding to inflationary pressure that could slow recovery from the COVID-19 pandemic. Natural gas has surged to a record peak in Europe and coal prices from major exporters have also hit all-time highs.

“That may signal some daily pullbacks this week but does not change the underlying bullish case for oil,” he said.

Oil holds near 3-year highs after OPEC+ keep tight control of tapsOil prices jump over after drawdown in US stocks: Market wrap