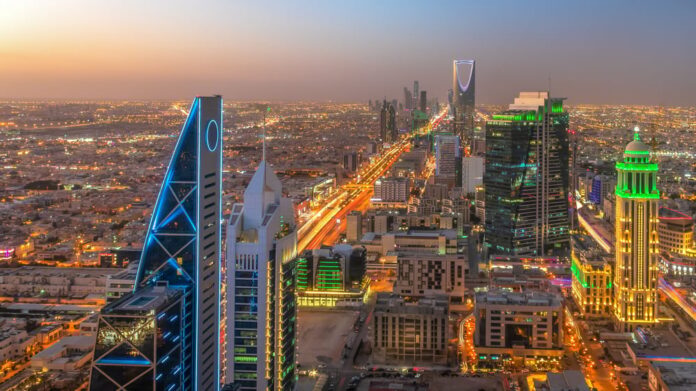 The heightened level of requirements means landlords are firmly in the driving seat, said Knight Frank, adding that office lease rates continue to climb in the wake of growing demand.

The average lease rates for prime office space in Riyadh have increased by 18 percent over the past 12 months to approximately SR1,775 ($472) per square meter, it said.

He added that 70 firms have now committed to relocating their regional headquarters to Riyadh, including Aldeham Education Group and French rolling stock manufacturer Alstom.

Foreign investment licenses issued during the second quarter of the year were nearly up by 700 percent compared to last year. This has been led by retail, construction, manufacturing, hotels, food and beverage, and business services companies, it said.

On a separate note, foreign direct investment in the Kingdom has hit SR3.5 billion across 49 deals during the second quarter, up from 37 in the prior quarter, Knight Frank noted.

This alone has created 2,000 new jobs “which will inevitably filter through to the office market in the form of new space requirements,” Faisal Durrani said.

He added that Grade B rents have also seen an increase.

“Average Grade B rents are up 10 percent in the last year,” said Durrani adding that high requirement levels in prime commercial locations such as King Fahad Road and Olaya Street have lifted Grade B rents here by 6 percent.

“While city-wide Grade B occupancy levels now stand at 75 percent; the highest level in at least five years,” he added.

Meanwhile, Jeddah’s office market is also experiencing a “resurgence” in requirements as multinational and domestic businesses ramp up their presence in Saudi Arabia’s second-largest city.

As is the case elsewhere in the world, the focus is on best-in-class Grade A offices, however, Knight Frank said the lack of supply and rising costs mean “many businesses are exploring Grade B space as well.”

Grade A office rents in Jeddah stand at around SAR 1065 psm, reflecting a 6.5 percent increase on this time last year, according to the global consultancy firm. It added that Grade B rents too have increased by 8.5 percent over the same period. “Vacancy levels continue to edge downward, standing at 8 percent for Grade A offices and 20 percent for Grade B buildings,” it added.

This comes as the positive economic sentiment has also impacted office demand in the Eastern Province. Knight Frank noted that rising requirements for offices in the Dammam Metropolitan Area have driven up lease rates for Grade A space by 5 percent in the last 12 months to SR950 psm.