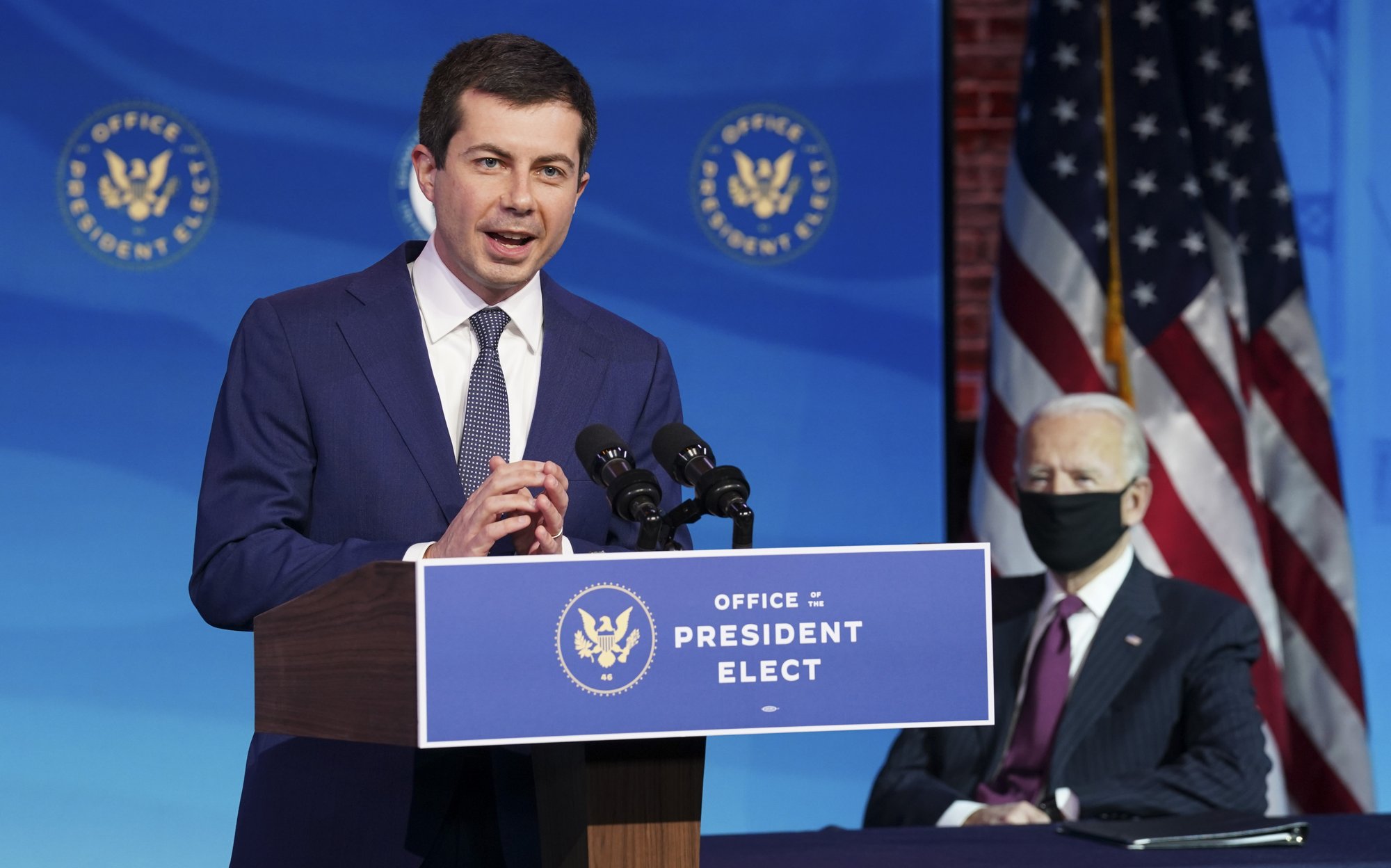 Transportation secretary nominee Pete Buttigieg, who will be the first openly gay person to serve in a Cabinet, on Wednesday tipped his hat to a Bill Clinton-era ambassadorial nominee whose nomination was blocked by Senate Republicans because of his sexuality.

Buttigieg, who was 17 at the time but not yet out, recalled following the news of the fight over Hormel’s nomination and being struck by “some of the limits that exist in this country.”

“So two decades later, I can’t help but think of a 17-year-old somewhere who might be watching us right now,” Buttigieg said. “And I’m thinking about the message that today’s announcement is sending to them.”

President-elect Joe Biden says his Cabinet will be more representative of the American people than any other in U.S. history.

Biden championed the diversity of his Cabinet nominees on Wednesday in Wilmington, Delaware, as he announced that he has chosen Pete Buttigieg as transportation secretary. If confirmed, Buttigieg would be the first openly gay person to lead a Cabinet department and one of the youngest members ever.

Buttigieg is a former mayor of South Bend, Indiana, and a former presidential candidate.

Biden says there will be more people of color and more women in his Cabinet than any other before, including the first Black defense secretary and the first Latino to head the Department of Health and Human Services.

HERE’S WHAT YOU NEED TO KNOW ABOUT PRESIDENT-ELECT JOE BIDEN’S TRANSITION TO THE WHITE HOUSE:

President-elect Joe Biden has tapped former presidential rival Pete Buttigieg as his nominee for transportation secretary, adding a youthful voice to an incoming administration so far dominated by people with decades of Washington experience.

Fareed Zakaria: ‘The complexity of the China challenge’

Historic German election will decide who succeeds Angela Merkel. Here’s who’s in the race to replace her