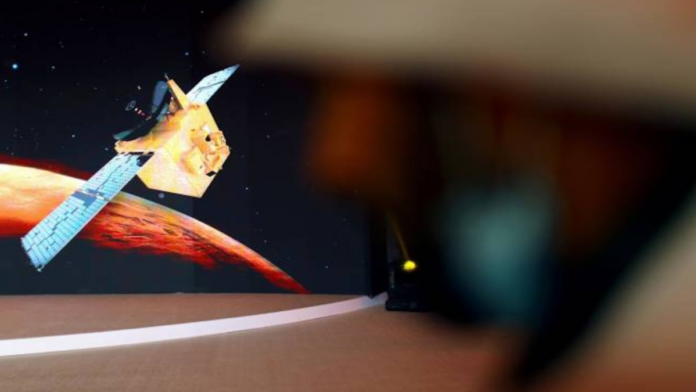 India is one of the major “vibrant” voices in the discussion, according to a top Emirati official, at the upcoming Abu Dhabi Space Debate (ASDS), which will take place in the capital of the United Arab Emirates (UAE) on December 5 and 6.

The UAE government will host the two-day multilateral event, which will give world leaders and decision-makers a stage. On the forum’s first day, Prime Minister Narendra Modi will virtually address the audience.

Omran Sharaf, the UAE’s Assistant Minister for Foreign Affairs and International Cooperation, said in an email exchange with Moneycontrol that ADSD “aims to advance not only global dialogue and collaboration between nations but also forge concrete alliances, multilateral agreements and provide a platform to advance the sector as a whole.”

By 2040, the global space industry is projected to generate $1 trillion in revenue, according to Citigroup analysts in a report published in May. According to a Space Foundation report, the value of the world’s space economy exceeded $420 billion in 2020, which was nearly 70% more than in 2010.

The UAE has moved its focus to space in recent years as it quickly works to reduce its dependency on oil. The nation experienced immediate success when, in February 2021, it became the fifth country in the world and the only Arab country to reach Mars.

The UAE National Space Fund, with a budget of AED 3 billion (roughly $820 million), was established in July of this year to encourage collaborations between Emirati businesses and foreign private players, which will strengthen the nation’s space industry.

The UAE has taken a number of actions as part of its targeted strategy for the space sector, with ADSD being the most recent. The discussion will focus on how to use the space industry to promote entrepreneurship, support R&D capabilities, balance private sector interests with a just and equitable space economy, and increase diversity in high-tech industries, according to Emirati officials.

“The balance of the world economy is changing, and some of the world’s younger countries, including India and the United Arab Emirates, are emerging as dynamic, vibrant new voices. What could be more natural than having one of those voices host additional guests alongside established players and the incredibly intriguing new global private sector players?” Sharaf tacked on.

According to Emirati officials, the UAE’s expanding space industry offers opportunities for startups and innovators from all over the world, including India.

According to Ibrahim Al-Qasim, Deputy Director General of the UAE Space Agency, in response to the questions posed by Moneycontrol, historically the Emirati and Indian economic sectors have been not just linked but connected.

According to Al-Qasim, the UAE Space Agency and the Indian Space Research Organisation (ISRO) have a friendly relationship and there is still room for agency-to-agency communication, but the UAE also wants to communicate with the Indian private players with a “wider message.”

The dawn of a “new space age” is upon us, according to the UAE. According to Al-Qasim, the phrase refers to the rise in the number of nations who “see an economic opportunity in space, as well as the expansion of a global private space sector.”

In the 1950s, the US and the then-USSR were the only two major players in the global space sector. Today, more than 70 nations are involved in space exploration.

The space economy is expected to spur industrial growth and innovation across a variety of sectors and provide economic opportunities for an ever-increasing number of emerging space nations, according to Sharaf, who is also the chairman of the UN Committee on the “Peaceful Uses of Outer Space.”

According to him, the deployment of new space infrastructure is now a critical enabler of efficiency and growth across a range of industries, including meteorology, energy, telecommunications, insurance, transport, maritime, and urban development.

Sharaf emphasized that benefits should be “equally accessible” and that the success of the global space sector depends in part on its capacity to “remain open to all.”

“This is especially true when it comes to making space accessible, developing infrastructure, and fostering new kinds of technological innovation. And that is the main objective of ADSD.”