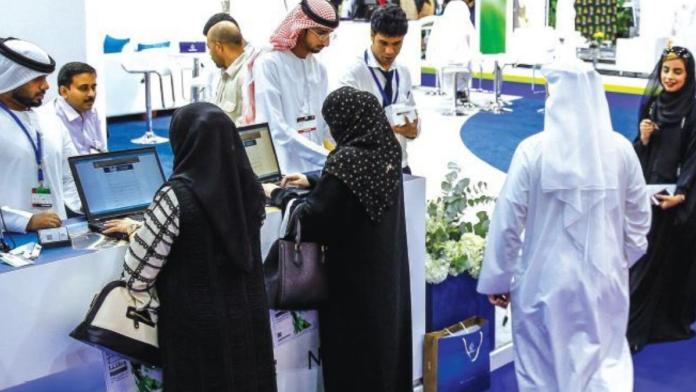 The UAE’s Ministry of Human Resources and Emiratisation (MoHRE) and the Emirati Competitiveness Council (Nafis) aim to showcase the success stories of Emiratis in the private sector under the Salary Support Initiative Campaign in the Nafis program.

The ‘NAFIS Your Way’ campaign, which was introduced last year, has a goal to strengthen cooperation between the government, federal, and local entities in order to increase the enrolment of national talents in the private sector.

Under the new rule, any establishment with fake Emiratisation could face a fine between Dh20,000 and Dh100,000 for each bogus Emirati employee. The UAE implemented these steps to curb negative employment practices in the country.

Under the Nafis program, an employee could choose the option of on-the-job training. The Nafis program also supports the salaries of Emirati Nationals involved in practical training programs.

The Nafis have also established partnerships with various private sector organizations to increase UAE nationals’ contribution to the sector.